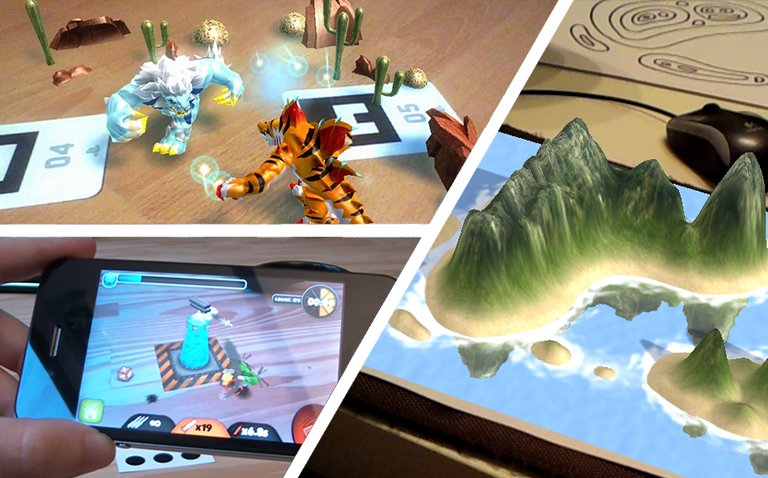 AR is surprising the world with its amazing technology. There are some surprising augmented reality trends It is not surprising to see the consumers using smartphones while walking around but it certainly draws attention when they are running around trying to capture some Pikachus. Pokemon Go, an augmented reality (AR) based game, has received a huge hit and has shown the potential of AR to the world. The game has sent an important message: serious AR tech is coming, and it’s almost here.

Pokemon Go has brought AR technology publicly in the market. Snapchat is also bringing in consistent ad revenue through augmented reality. The mobile experiences are expected to become more popular in the coming years. Nintendo shows how AR can connect the real world with the virtual world. Brands are eager to jump on the augmented reality experience, but they aren’t sure how to best use it to drive user growth around their products.

Imagine the Dinosaurs from the Triassic period in front of you or imagine fighting with dragons in Hogwarts! It’s not Science fiction; it is augmented reality. Augmented reality is an enhanced reality where users can see and experience the real world around them, but with the addition of computer-generated images and objects. Where virtual reality immerses completely in a digital world, augmented reality takes the real world of the present and projects digital imagery and sound into it.

The truth is that trends in augmented reality technology will be much more varied and nuanced than just providing a gaming experience. While AR can make live your restaurant’s menu card, it could also guide you directly on your car’s windshield.

While there are hundreds of Augmented Reality trends out there, we have listed 5 of them to prove how this technology is going to stand in the long-term future.

1. The AR market will grow fast

It’s not surprising how much attention AR has received in the past year. However, the predicted market growth is staggering in its size. Research says VR and AR market to be worth USD 150 billion by 2020. Though VR receives many highlights like AR, research says AR will be much bigger than VR. Research says AR will make up $120 billion of the market share out of USD 150 billion. Considering that AR has already started its journey, the next few years will be marked by explosive growth for the AR industry.

AR is getting popular among gamers and consumers. For example, Snapchat’s filter is all based on AR technology, and it becomes trends to social networks. AR has numerous benefits for businesses such as; it increased information flow between offices, and it also helps to handle service or maintenance flow in the office. In the office, it could be used in the presentation which will help other members to ask for more information or documents if needed. Though AR is already very popular in the consumers’ world it will give a new direction to the business world.

3. AR will change the face of marketing

What is AR marketing? Retail AR marketing is already happening and can be implemented in virtual trials, like what Ikea furniture has already created. Through augmented reality, Ikea created an app where one can check how the home will look with furniture before buying it.

Alternatively, AR marketing could mean that consumers could scan that logo in order to learn more about the company or a particular product too. AR advertising has already started engaging more consumers.

4. AR will primarily be mobile at first

In the market, we can see there is already AR headset like Microsoft Hololens, but AR will be successful with mobile devices. The main reason for it is AR is mobile compatible which implies that users don’t have to spend extra money on buying a new hardware. Secondly, it connects the real and virtual world interactively through mobiles, allowing 3D movements.

5. AR won’t be controlled by platforms

While VR is very much dependent on hardware, AR is completely independent and can run on any smart devices. There is also a toolkit like ARToolKit to help developers to build their own apps. Thus AR is more flexible and allows small businesses to create creative apps at low cost.

Facebook CEO, Zuckerberg also confirmed Facebook is working on augmented reality, as he explained, “We’re making a long-term bet that immersive, virtual and augmented reality will become a part of people’s daily life.”

If you are looking for augmented reality game development, you can check our AR development service