Games are generally created as a creative outlet and also to generate profits for the developer.

Why you should go for Mobile Game Development 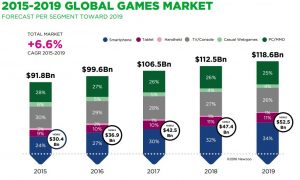 With the rise in smartphone usage and mobile internet penetration, more and more people of all ages are playing mobile games, and more professional mobile game developers are creating games to meet their requirements. Some reasons why mobile gaming is gaining popularity are:

Mobile phones are portable, and people can play the game anywhere, while waiting in a restaurant, on board a plane, in the classrooms, anywhere. All it takes for one is to download their favorite games from Apple’s AppStore or Google’s PlayStore and start playing the games.

Compared to Consoles or PC games, which most of the time cost in millions, the cost of developing mobile games are much less, and with so many mid-size game development studios present, you can get the games developed through them at a fraction of the cost and also faster.

Most of the games which you can download from the app stores are free or affordable, typically in the range of $0.99 – $10. The free ones make money by offering some In-App purchases or using ads which can be annoying at times.

Earlier serious gamers as well as novice users used to prefer console gaming over mobile gaming because of game controllers to get that tactile feedback that a dedicated physical controller provided and which the touch-based controller on the mobile platform lacked. That has changed these days with many accessory manufacturers coming up with game controllers to be used with mobile devices like MOGA Pro Power, 60beat wired controller, PhoneJoy, iMpulse, Mad Catz C.T.R.L.R., SteelSeries Stratus XL, iDroid, etc. These can be connected to your mobile device using Bluetooth or via the 3.5mm jack on the phone.

Have a Game Idea. Now What?

So you have a brilliant idea for a game and want to get it developed, you can either create the game yourself or outsource the game development to a game development studio. Creating the game yourself is a time taking process since you have to learn programming languages or the functioning of game development engines and game character designing. Whereas, if you outsource the creation of games to a studio, you can get the games done fast, save lots of money as you don’t need to hire game designers or art designers or game programmers. With the studio’s expertise and experience of having created 100s of games, they would create a technologically advanced game with level designing, helping you in developing your gameplay and creating cross-platform compatible games which can be played on iPhone, iPad, Android-based mobile phones, Windows PC or Consoles.

With that said, let us take a look at some mobile game development tools which can be used to create mobile games by any novice game creators or experienced top game developers.

What is a Game Engine?

Some of the most famous games Dota 2, Battlefield 3, Crysis 2, Counter-Strike: Global Offensive, Badland, Cut the Rope were all developed using game engines.

Let us take a look at some of the game engines which are popular among developers creating mobile games.

Unity3D has been one of the best mobile game development tools of choice for most of the game developers for quite some time now. This game engine has everything which you would need to create 2D or 3D games. Right out of the box it has multi-platform support meaning you can build the game once and use it on all the platforms be it mobile, consoles or PC. There is a vast amount of tutorials available to learn Unity, and it has a great community to help game developers. Unity also has an extensive collection of game assets which are available for free and also paid.

Unity has a free personal version as well as commercial license version which sells at $35 and $125 per month.

Unreal Engine has a big set of tutorials on their site which the game developers can use to get the most out of the software, plus it has a big and helpful community and forum which helps the user when they are stuck in a bottleneck.

The con (if you can say so) is that it requires game creators to pay Epic Games 5% of the sales revenue from any game published using the engine.

Corona SDK is a cross-platform software development kit used by hundreds of thousands of game developers to create apps and 2D games for mobile platforms as well as Apple TV & Android TV. It is used mostly for 2D mobile game development. It uses the scripting language Lua for creating games. Lua with its shorter learning curve is also the most popular choice for scripting language by game programmers. Corona Labs also claims that Corona SDK is 10 times faster than other engines to create mobile apps and games. With its real-time testing feature, you can see the result immediately when you save the changes to your code.

The basic version of Corona SDK is Free. They also have an enterprise solution which cost $79/month, and another version cost $199/month

Cocos2d-x is another of the popular open-source mobile game development tools having cross-platform support, and it is used by thousands of game developers all over the world. It is mostly used to create 2D games though it also supports creating 3D games. The games created using cocos2d-x can have size as low as 1.5 MB. The Cocos2d-x game engine uses OpenGL to render optimized 2D graphics 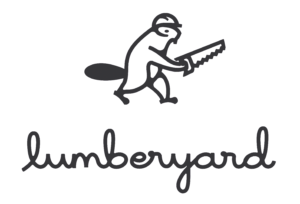 Lumberyard is a free AAA game engine developed by Amazon. The game engine is based on CryEngine architecture. It has cross-platform functionality. Lumberyard provides a lot of tools to create AAA quality games. You do not have to pay any fees or share revenue with Amazon for using the Lumberyard game engine. The most important feature of Lumberyard is that it is integrated with Amazon Web Services so that you can host your community-driven multiplayer games on the AWS cloud infrastructure. It helps to deploy and scale your games quickly.

Amazon acquired Twitch, a live-streaming social video platform with a primary focus on video game streaming and a user base of over 100 million users monthly, and it has become critical for mobile and video game marketing. Lumberyard with its native integration with Twitch allows the game developers to engage with the gaming community on Twitch. It uses Twitch ChatPlay, Twitch Metastream, TwitchJoinIn to enable you to build the social gaming feature in your games. 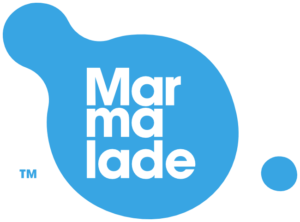 Marmalade SDK is a fast, cross-platform, high-performance engine to create 2D and 3D games using C++ Lua, Objective-C, and HTML5. It is one of the very popular mobile game development tools for native games which you can deploy on the desktop as well as mobile platforms. Marmalade is used by many of the top game developers. It has a one-time fee of $600 to purchase the engine

Marmalade also provides another development tool called Marmalade Juice which helps in the easy porting of iOS games to the Android ecosystem by recompiling the Objective-C code and iOS API calls and adding Android specific optimizations within the original iOS codebase. Another of its tool called Marmalade Quick can help build the 2D games quickly using the Lua scripting language.

CryEngine is a game engine developed by Crytek, a game developing company from Germany. It is mainly used by Console & Windows PC game developers to create 3D games. It is very popular for creating First Person Shooter games. To create other genres of games you need advanced level knowledge of C++, Visual Studio, ActionScript, and Lua.

Some of the games which were developed using CryEngine are Far Cry Series, Crysis, Enemy Front, State of Decay, Sniper: Ghost Warrior 2

Recently CryEngine has moved to a Pay What You Can model. You can pay them any amount which you can afford and get all the features, full source code and it is 100% royalty free. CryEngine has a vibrant marketplace where the game developers can download free and paid game assets like 3D models, sound effects, texture maps, animation, full projects, etc. for their game development projects as well as sell assets which they have created.

The game development company would also provide you with the necessary support, add enhancements to the game, build new challenging levels to keep your game up to date and fun to play in the competitive gaming landscape.