3D games were once solely present in PC and console platforms, as mobile devices weren’t equipped to handle them. But with the release of high-end smartphones that can render high-quality 3D, 3D games have now become popular across all genres.

In fact, 3D games have now become huge successes. This is true whether the art style is really like in the Call of Duty series or cartoonish like Subway Surfers. Audiences are also eagerly lapping up 3D games one after the other.

As said before, 3D has the advantage of being playable on multiple platforms. So if you are developing a 3D game of your own, you can either develop it with a single development process, or you can port it once it becomes a success in another platform.

Is all this making how to build 3D game of your own? Because you can too! All you have to do is follow the steps given below: 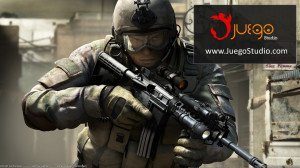 5 Simple Tips on How To Build a 3D Game:

Every game starts with a root concept the developers believe in. This may be something like “a first-person shooter game set in a post-apocalyptic city’ or ‘a runner game set in the savannah of Africa’.

Defining your concept at an early stage, allows you to decide a lot of things about your game. Like which genre your game will belong to, whether it needs a storyline or not, etc. Some developers also start to work on the concept art for the game at this stage.

Once you have made the initial concept and outlined it, then it’s time to start the designing process of your game.

At this stage, you have to design the basic gameplay mechanics, the various levels within your game, the storyline, etc. This designing process can stretch for a long time. But the key is to iterate it for a few rounds and then go ahead with the next step in the process.

Because once you start the development process, the game’s design will certainly undergo a few changes. The game will definitely not be what it once was at its initial stages. And that is okay.

You must, however, prepare the GDD, i.e, the Game Design Document as you finish up your game’s initial design. You must also make sure you update this document as various design changes happen.

This is the stage where your 3D game will take shape. This is also where the technical and artistic sides of your game come together.

On the technical side, we have programmed. For these, you will need competent programmers who must be experienced in one of the top game engines like the Unity3D game engine or the Unreal Engine and know its most basic features. These developers will be in charge of everything, from designing the controls of your game, optimizing the performance, making the game physics, etc.

On the artistic side, you have the art team and the sound team. The art team will include modelers, lighting artists, rigging artists, animators, texture artists, etc., who will design the characters and setting of your game. This team must also be extremely competent as well as creative enough to create art assets that will stand out with their own unique visual signature.

Once all these processes are done, you will get a playable version of the game. Then it is time to move on to the next crucial step.

No matter how much caution you exercise during development, there will be a lot of mistakes in the first few builds you make. These mistakes will evade the game developers despite their best intentions.

This is where the testers come in. The testers will find glitches, bugs, errors, etc., of various elements inside your game. And once they find these errors, they will report them to the developers and get them fixed.

This is a very crucial step. Because releasing a game riddled with bugs is a bad idea. The users will hate if a game has the nicest concept out there and is executed in an improper way.

Once you find and quash the major bugs and errors, it is time to move on to the next step.

How you release your 3D game will mostly depend on multiple metrics.

At this point, you will also have to prepare release notes and promotional images and do the marketing of the game so that your game finds the right users.

3D game development is not an easy process. But following a meticulous process, makes it easier.

If you are not confident in being able to execute this complex process by yourself, then we are here for you. At Juego Studio, we offer 3D game development services for our clients. Our team of developers, designers, artists, and testers, can develop 3D games of all genres, using the latest technologies within a minimum time frame at the highest quality.

If you need any a unity 3d game development assistance please contact us.