Gone are those days when mobile games were all about easy puzzles and simple card games, nowadays developers lean towards developing top-grade build-battle and conquer RTS games primarily for mobile devices. If you like building amazing empires, settlements, and villages then you must take a look at our list of top massive strategy games for mobiles. 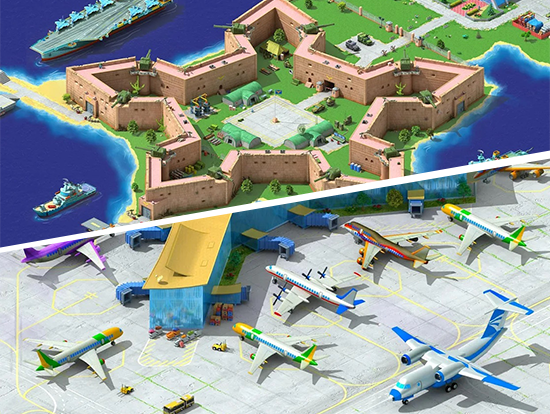 Quite a fun-filled mobile strategy game with quality graphics. The game has more than 100 different types of buildings, it allows you to develop your city and progressively reach new heights.

In City Mania, you can swell your area to build up even more houses, factories or power plants that will help you lead your city to a brilliant future where every person will be content with his income and will not raise a voice against you. 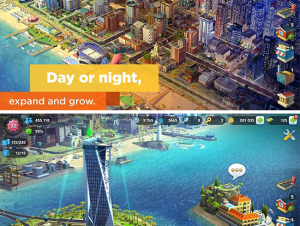 SimCity Buildlt is a clean, a little cartoony, with pleasing sounds and background music. It’s commendable the way developers have managed to create a captivating picture using fairly effortless visual techniques and effects.

The adventures of the players in the SimCity BuildIt starts with extensive training in all the delicacies of handling, controlling the city and its resources – in a fraction of minutes, the players will make a line of roads, build the first building and start to explore varied areas of the city.

Although, the settlement of citizens, the construction of attractions in the vicinity, shopping malls, and office areas aren’t the most prime things. It’s requisite to open city services, new road lines, and at the same time keep an eye on the ecological situation in the city.

We are sure that you might have not seen the most complicated simulator – even a small thing in a virtual metropolis can have an adverse effect on millions of people! 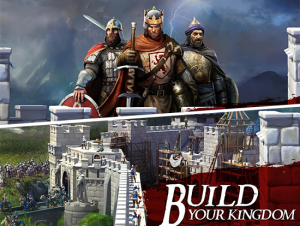 Another strategy game that gives a fresh look to this genre. The game in the style of “build-defend” appeared in a somewhat different light with the addition of a new battle system that transformed and pictured the game in new tones.

You need to choose one of the three factions. It totally depends on you whether you go for the brave and aspiring warriors of the highlands, the clever and sage guards of the desert, or the unfaithful and contemptible northern kings at all times. The game is set to offer you ample of entertainment.

Develop your city. But just don’t forget to develop your troops, which faithfully and unquestioningly obey any of your orders, believing you and hoping that you will not let them down. Think over the tactical side of all battles. 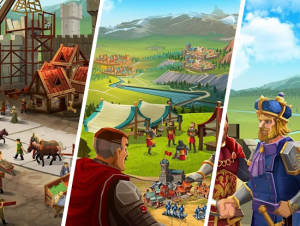 A real-time strategy game with PVP elements of battles that will surely catch the attention of a lot of players.

Empire: Four Kingdoms has its own distinctive story. The game offers you to become the lord of four kingdoms of course in the virtual world. But before you get all excited about it, you will need to undergo training, which we are sure that you’ll enjoy.

You will have the opportunity to own a castle, which will be exclusive and can be improved further. It basically works as a barter-system – collect a huge number of resources, then exchange them for something more pricey and then uplift your own castle.

Test your skills by challenging yourself and try to capture four medieval kingdoms in this outstanding MMO-strategy! Develop a powerful empire and intelligently manage the resources that are available to you! 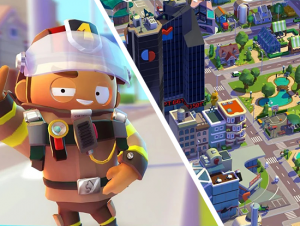 The is set to bind you with building a modern city for quite a long time.

The foremost and primary work of the player is the construction of various buildings and infrastructure. Initially, the city-builder Megapolis is absolutely loyal to the “free” player – easy tasks are rewarded with significant sums, construction is fast, and buildings cost very less.

In Megapolis, there are various resources that take care of the development and growth of a virtual city. You will need to construct several houses to grow the population. Shops, cafes, gas stations, and other small and medium scale businesses generate income to the city budget.

The population limit can also be increased by placing parks in the city, fountains and other buildings adorning the city landscape.

Be patient and ready for months and even years of the game, if there is no wish to change real money for local megabucks, and you really want to grow the real megalopolis from a regular urban village.

Befriends with other players, visit their cities to admire, and also exchange resources and other things that are useful for any mayor. You won’t need internet access for a single game.

Get started to build your own modern empire right away! 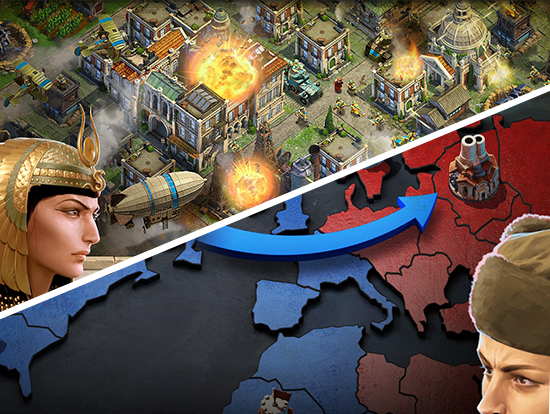 The land of ancient hunters, set up on the outskirts of the lush green plain, is covered on all sides by dense forests, wild animals and dangerous tribes that seize all the settlements in the district.

The work for the group of disorderly and unready people is quite a difficult task– you need to rapidly build several huts before sunset, get all the required equipment, and then arrange a suitable protection option.

The game has a well-developed military business. You can charge on the closeby settlements, gather all the resources and even conquer new lands. An enjoyable feature of the game is that the warriors who get through battle don’t disappear anywhere, they are returned to the camp and given new feats and valuable awards. 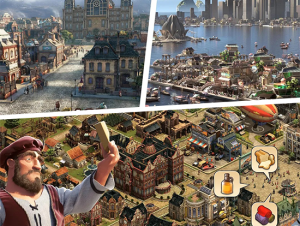 Forge of Empires is a thrilling strategy game that brings together a town-planning simulator, a political negotiator, a merchant simulator and a military strategy.

You will be given to take a disreputable village under your control. But with your right guidance, this small village should blossom into a large and beautiful city. This is a game in which you need to go through the centuries and, starting with almost stone people, go into the world of modernism.

You won’t be confined in the territories and actions. The important thing to remember is to keep learning new technologies so that you aren’t left alone with your stone ax when all the neighbors are already driving on the machine and firing their guns. 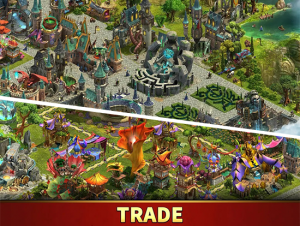 Elvenar is more of a planning and fantasy-themed strategy game, it is all about elves, humans, gnomes and other fantasy creatures. The game starts similar to “Forge of Empires” in which a small village, develops into a city with a large army eventually. Be prepared to build, upgrade, fight, expand, and train units.

The game progress step by step, which means you will have time to strategies your actions to try to defeat the opponent. There are teams of masters of the sword, archers, mages or fantasy creatures in this engrossing game.

The primary objective of Elvenar is to research, build the city and increase the borderline. You might explore new buildings, new technologies that will take you to the next world through your research.

Story of the Ancient 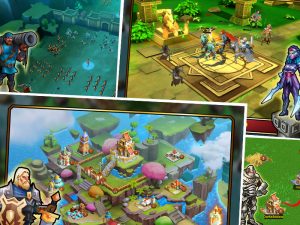 Well, this Juego Studio’s in-house production and doing pretty well on the Google Playstore. Story of Ancients is a fantasy-themed strategy game which reveals an interesting story with entertaining gameplay elements. The players must build up empires, recruit brave heroes, train the armies, and battle away to the top of the world.

You can talk to other players around the world in real-time. The game allows you to chat with your clanmates and strategizes your attacks. Being a part of the clan, you need to construction empires, research, send reinforcements, rally attacks, and emergency resource supplies.

We’re sure that you tempted with our list of build, battle and conquer strategy games. If you’ve something similar in your mind for your next project, do fill-out our contact us form without a second thought.