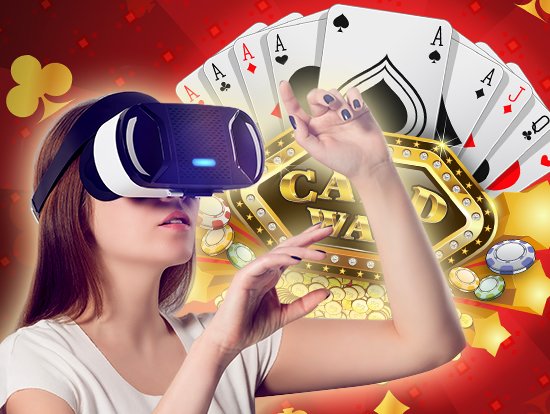 VR Casion: How is VR implemented in the casino industry?

Online casinos have been on the rise for a few years now. Through smartphone games and other online sites, many enthusiastic gamblers have found ways to indulge in a bit of gambling, without having to scuttle to cities like Las Vegas.

But this reign of online games might not last long. Because it will most likely be dethroned by another technology: virtual reality.

Virtual reality casino applications are on the rise right now. This form of gambling is a unique experience that neither real-life gambling nor online gambling quite replicates.

And for a few reasons we list below, this form of gambling is preferred by many over other forms of gambling:,

Online casinos have a lot of bells and whistles which make them attractive. But in terms of realism, they can’t hold a candle to VR casinos.

VR can depict the real-life environment of a real casino in all its glory. It can perfectly render the environment, the people, the dealers, etc., in complete realism.

VR also shows the experience from a first-person POV. Online casinos, despite its best efforts, is still experienced through a screen. And despite the best intentions, it can never quite match up to the real thing. But VR will since people will be experiencing VR casinos through VR headsets.

For the entire duration of the experience, they will forget that they are in a virtual world. Instead, they will feel like they are inside a real casino itself.

You could see other players who are playing the game alongside you like avatars. And you could converse them through audio instead of text, which is a superior experience. Both of these combined will make you feel like you are in a real social environment of a casino.

This vastly improves the social experience far more than an online casino ever can.

For people who do not like online gambling, the only way to have a gambling experience is through going to expensive casinos. Often to do this they will have to go to cities like Las Vegas and such.

With VR, however, people won’t have to go to real casinos to get the same gambling experience. Instead, they can just sit at their homes, plug in their headsets, and enjoy the same experience. They will be instantly immersed in a realistic 3D casino experience.

It will give a similar amount of immersion and social satisfaction that a gambler would derive from a real casino environment. Some would even argue that the experience is improved a lot when compared to the real one.

To enjoy VR casino games, one does not need a lot of investment or need to be a big experienced gambler.

Instead, all one needs is a VR headset to play these games and some grit to learn the basics of the game. Most VR casino games also make this learning curve very easy by taking a few good steps. One of them is that they give users detailed tutorials and ease them slowly into the game. One would be disappointed if they expect the same level of being easy on beginners from real casinos.

So, in a way, VR casinos improve the overall experience for beginners. They won’t have to invest a lot of time and energy into it at all.

Did you know in 2016 land-based casinos globally had a gross win of around $450 billion dollars? It is a huge business that has spread all over the world and much more vehemently in the United States. There are some parallels in how traditional gamblers view online gaming and casino gaming through VR. They view it as something which distorts the complete gambling experience which is derived from traditional gambling. But the reality is that online gaming has offered a vivid experience for gambling enthusiasts and there is no reason why VR in casino can’t be even more fun.

The use of good graphics and sound has made online casino gaming gain much traction. In VR, dealers look very real as typical of VR devices. These games offer high paying progressive slots coupled with table games. Playing casino games through VR is a budding trend and if this excitement holds then this trend is sure to expand.

Factors which ensure VR growth in the casino industry

Addictive combination – Good games are naturally addictive and VR has been known to provide a highly engaging real-world experience of virtual phenomena. So the combination of either of them will result in a condition which will leave the players hooked to the VR casino games. Gamified VR solutions are engaging even when the simulation is about a boring real-world industry or something similar. Hence gaming and VR is a good combination.

VR may bring out a large variety of games – Previously game developers didn’t use to even consider creating VR games due to the uncertainty. Now as VR is gaining ground and looks very promising with more and more VR applications are being developed. Goldman Sachs estimates that the VR industry will generate more than the TV industry in the next 10 years.

VR gaming gives the most vivid experience – These games are doing good in all the sectors of the gaming industry. Traditionalists were wrong to assert that VR casino gaming will give an inferior experience. In fact, it has amplified the excitement of those who played the game. It is said that the 3d sound has an especially engaging effect on those who are playing the game.

VR Casino gaming is interactive – Online games, on the other hand, are boring to play after one plays for a while. In stark contrast to online casino games, VR casino games have turned out to be highly interactive. They can interact with other players and the experience almost borders on the real life like experience.

Device cost – High VR device price usually kept VR enthusiasts at bay from trying out the device. But as the usage increases prices will dwindle down and it is already happening. This has in a way increased consumption of VR casino games among the masses.

The prediction by Goldman Sachs needs to be taken seriously which expounds upon the importance of the VR technology. Those who leverage this market gap can do good for themselves. Las Vegas may lose a part of its revenue to California if casino VR games become that popular. There would be no need of visiting Las Vegas if you’re equipped with the high tech VR gadgets from the Silicon Valley. One can realize the grandeur of the casino and the excitement of the game all the while sitting in his home.

Juego Studios is a pioneer in employing emerging technologies to further its mission. VR in real estate, VR in industrial simulations; you name it and we are there. If you want to develop a VR application then just come to us with your idea. Our product will be such that your customers’ jaws will drop in awe when they experience it through an HMD.